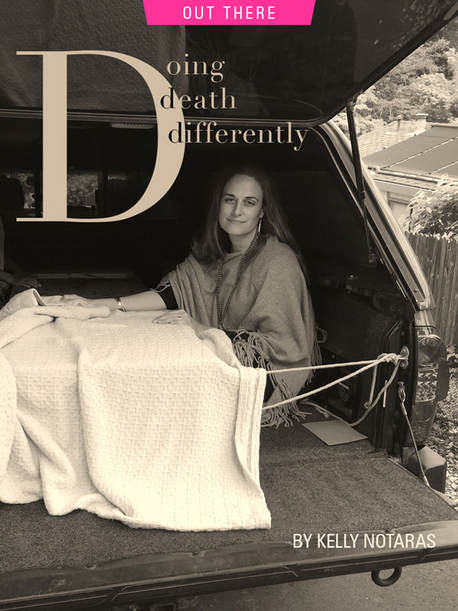 Photographs courtesy of Kelly Notaras
Death in modern society is often done one way — but it doesn’t have to be that way
--
On home funerals, and doing death differently
Not quite a year ago, I did the hardest thing in the world: I watched my beloved partner and best friend die. Benjamin had been struggling with illness for 18 months at that point. It had been 9 months since we’d received word that the problem was cancer, and six months since we’d heard there was nothing more the doctors could do.
On the morning of May 2, 2017, I lay next to him in bed and told him I was starting to worry he was leaving us. He nodded his head slowly and said he agreed. Laboriously, drifting in and out of consciousness, he was able to express his final thoughts.
“As I see it,” he said, “there is nothing left to be done.” Less than two hours later, he was gone.
Looking back, the story I most want to tell about this time is not the story of his dying. It’s the story of what happened after he died. For in the moments, hours and days after he took his last breath, we—his family, friends and I—took an unconventional path. Unconventional, but in no way new. We took a path that is ancient and rich and deeply felt, that is simple and real and human. We did everything ourselves, at home.

A Return to the Old Ways
The story starts a few years ago, on Facebook of all places. I was scrolling through my feed when I saw an acquaintance had posted about her mother’s death—including pictures of her body, wrapped in a gauzy shroud. I was transfixed.
This friend and her sister had been with her mother while she died at home, and had cared for her body themselves—washing and anointing her, and then dressing her in her favorite clothes. She said they had been instructed in the process by someone called a “death midwife.”
“That,” I thought. “That is what I want to do for my loved ones, when the time comes.” I filed away the words “death midwife” and “home funeral” and mostly forgot about it.
Until the day Benjamin went in for his liver transplant, and instead was told the cancer had spread. That it was inoperable and terminal. The first thing I did after we left the hospital was Google death midwives near Malibu, which was where we were living at the time. Up came an organization called Sacred Crossings. Its founder, Olivia Bareham, quickly became an invaluable guide.
Among the things she taught me: After going through it myself, I can also say that it is a profound gift to be able to lie next to your loved one’s body, to hold their hand, or to simply look at them, for hours or days after they die. It signals to the subconscious parts of you that the death has really happened. It is healing and whole-making, and to me has come to feel like an essential part of the grieving process. 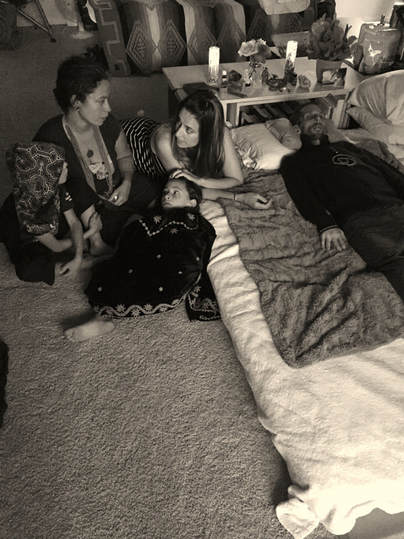 The bedside vigil
The Three-Day Vigil
We relocated from Malibu to Napa three months before Benjamin died. Olivia helped us find a local death doula who helped us make preparations with the cemetery where Benjamin would be cremated. I never spoke to the funeral director; everything was arranged for us by the doula. As a result, I could focus all of my attention on being with Benjamin in his last days and hours.
The day he died, I didn’t have to talk to a single stranger. I didn’t have to leave his side until I, myself, was ready. Undertaking a ritual as old as the world, his closest women friends and I washed his body. We anointed it with frankincense and lavender oils. We dressed him in his favorite clothes.
I slept in the room with his body all three nights we kept him at home. I spent a lot of time lying next to him, crying. So did his family members and dear friends. Even his twin 9-year-old boys came and sat by his bedside, starting what will no doubt be a lifelong process of integrating the impossible fact that Papa is really gone.

The Home Funeral
We had a gathering at our home the third night, where 60 people came to say goodbye. Benjamin’s body was in a candle-lit bedroom, and friends could choose to visit it or not. (Most did, including many children.) The doula provided us with a cardboard cremation box, which our friends and family members decorated with beautiful wishes for Benjamin. We told stories and ate food and cried together. His friends sang songs and read poems. We shared his death in community, in our home.
One friend told me that night, “My relationship to death has completely changed, just being here tonight.” Several others have approached me since, to express similar sentiments.
The decision to do death in one’s home is huge, and so obvious once you remember how humans have been doing it since the dawn of time.
Caring for our loved ones’ bodies in death is our birthright. It is not a job we need to outsource. Unless we want to—and that’s fine, too. There is no right or wrong here. What I didn’t know before this experience is that each of us has a choice, and I want everyone else to know that, too.

The Cremation
After three days, my heart was quietly ready for his body to move on. This peace could not have crept in, had he been taken from me moments after he died. I could see, as a dear friend put it, that he was beginning to “melt back into the earth.” The rhythm of life was telling us the time had come.
The next morning, family and close friends gathered early and prayed over Benjamin’s body. We lifted him up and laid him gently in the decorated box, covering his body with a soft blanket and fresh flowers. His brothers carried him down the stairs, and slid the box into the back of his beloved truck.
We drove to the funeral home, where our death doula was waiting with the funeral director. When I popped open the back window of the camper shell and revealed not only Benjamin’s casket, but also his twin boys, their mom and myself riding in the truck bed, the funeral director shook his head.
“This is highly unusual,” he said. We all laughed.
“We are a highly unusual bunch,” I agreed. (I will be forever grateful to that funeral director for keeping such an open mind.)
We had what’s called a “viewing cremation,” which is available but not advertised at many mortuaries. This means the family members get to roll the body into the cremation oven, close the door and press the buttons that begin the incineration process. (A deep bow to author Mirabai Starr, and her gorgeous memoir Caravan of No Despair, for teaching me that viewing cremations are possible.) There were a dozen family members standing around as Benjamin’s Grammy, his boys and I all pressed the button together.
We never left him. From the moment he died until the moment his body returned to ashes, his loved ones were by his side.

Benjamin
A Better Goodbye
All of this does not “make everything better.” I still mourn for Benjamin every single day. I still cry and feel angry and even hopeless sometimes. But I feel entirely peaceful about the way we celebrated his exit. We did it in a way that was deeply true. True to myself, true to Benjamin, true to his clan of family and friends.
Our midwife Olivia says that people die how they lived. What if the converse is also true—that we can only embrace life to the degree that we embrace death? If that’s the case, what does it mean if we push death away, ask someone else to take care of it for us, and categorize it as ugly, vulgar and terrifying?
It’s my belief that the time has come to do death a different way. It’s time to learn how to be with it—and, as a result, to love it. And we do this by embracing death, by changing how we celebrate it, by relinquishing the taboos, and by bringing dying out into the open. We do it, I believe, by returning to the old ways. By keeping the celebration of death close to our hearts, and—if it feels right—in our very homes.
When we do, we are not only embracing death. We are embracing life. We are becoming more fully human by learning to say goodbye differently. By loving each other in death, we are loving life—all the way to the very end.
SHARE THE LOVE


About Kelly Notaras
Kelly Notaras is a writer and book editor. In 2013 she founded kn literary arts, an editorial studio helping authors write, edit and market their books. Her first book, Your Brave and Beautiful Book: How to Get Started, Keep Writing, and Unleash Your Wisdom Into the World will be published in 2018. She lives in Colorado. Learn more at knliterary.com and Facebook
JOIN THE BEST SELF MOVEMENT 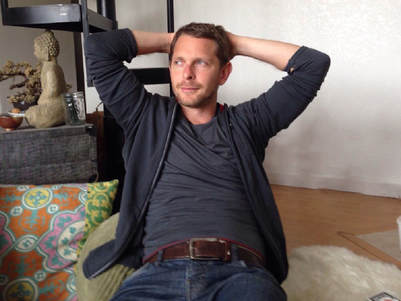 Returning death to its sacred place in the beauty, mystery and celebration of life

how can i help?
FREE CONSULTATIONS

As an End-of-Life Doula (Death Doula), I will honor and support the beliefs,
cultures, practices and values of all my families.
Service area: Calgary, Alberta and surrounding areas.